There’s now a podcast episode featuring Nextcloud and its founder Frank Karlitschek. Check it out here.

A while ago I wrote about Owncloud, which started out as a self-hosted alternative to Dropbox, but which by now has grown to be a whole suite of apps.

In the meantime, things happened. Not necessarily the kinds of things that most consumers might be interested in, but in the end it resulted in the original Owncloud founder jumping ship and together with more developers forking the project. This new project was dubbed Nextcloud (if you’re interested in reading about the behind-the-scenes, read this fairly comprehensive summary).

Anyway, Nextcloud is here and this post is about what it can do for you.

Nextcloud is a self-hosted file-hosting application which, by the help of many add-ons called Apps, can be extended to be everything from an RSS-reader, webmail-client or even collaborative office suite.

Upon installing Nextcloud, you’re presented with a stable, fully-functioning Dropbox alternative. You can upload files either directly via the web-interface or use the desktop-clients to do just that. In addition, mobile apps for the biggest platforms are provided as well.

If you have used Owncloud before, everything will look very familiar, which is due to the fact that the current version of Nextcloud, 11, is still very much based on the original Owncloud. Some things are different, though.

For one, Nextcloud, starting with version 11, includes two-factor authentication, which in this day and age seems a very necessary security measure. It’s easily set-up and works with many OTP-apps (like Google Authenticator or FreeOTP).

As mentioned above, Nextcloud also provides a way to use an online office suite to edit files and collaborate. Aptly, the tool they’re using for this purpose is called Collabora. It is based on libre-office and can edit a range of various formats. If that sounds familiar, you might have seen it in the Owncloud enterprise edition, where Collabora is included as well. Nextcloud provides the developer version free of charge. A word of warning: Collabora needs to be set up first, and it’s not entirely trivial. But once it does work, you’ll have yourself a fairly stable collaboration suite at hand. 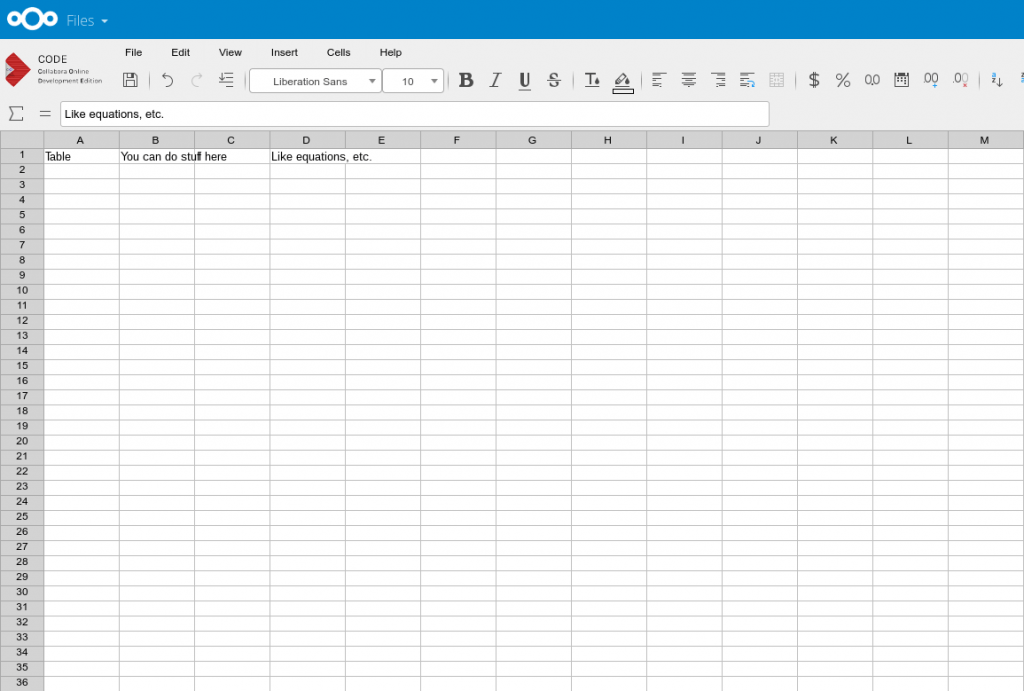 While setting up the above mentioned collaboriation suite is somewhat complex, most apps can be activated with a single click. They include everything from basics such as galleries to very complex apps like voice and video conferencing calls.

If you were so inclined, you could quite possibly never leave the confines of Nextcloud and still have everything you need for office and personal life.

There are mobile apps for iOS and Android, and while they’re quite basic, there are separate mobile apps for enhanced functionality, like an app for Notes (a very basic note-talking tool) or various 3rd party apps to integrate your newsfeed hosted on Nextcloud with.

Switching from Owncloud to Nextcloud

While Owncloud is still around (the latest release, 9.1.3, is from December 13th), Nextcloud does provide rather painless ways of switching. So if you want to make the jump, it’s a well-documented process. Be warned, though: right now, the code-base for Nextcloud is very similar to Owncloud’s. With future releases, though, this will change, so if you want to migrate, you better do it sooner than later.

Installing Nextcloud is straight-forward. There are a number of tutorials out there (like this one) and the documentation is up-to-date.

Server requirements are the usual culprits: the easiest way is using a LAMP stack, but there are a few other supported configurations.

If you run into problems, there’s the Nextcloud forums and you can always have a look at their github home to see whether others had similar issues (and how they were resolved).

Nextcloud is open-source and free of charge. If you require support, there’s also an Enterprise service starting at 1900€ a year.